Fish farms, also called aquacultures, are a group of huge net tanks that are anchored in coastal regions. In the Great Bear Rainforest on the west coast of Canada, but also in Norway, Chile and other parts of the world they are used to breed salmon directly in the ocean and later sell them to the food industry. Doesn't sound bad at first, does it? So at least there is no need to catch wild salmon with extremely high bycatch and the wild salmon populations can recover, right?

Unfortunately, that would be too good to be true. It's true that salmon farms reduce the need to catch wild salmon, but, and this is the problem, the fish farms attack the wild salmon and the entire ecosystem. You have to imagine, in one of these nets live up to 90,000 salmon. This fish farm here has 14 nets of which 4 are already "harvested". This means that about 1.200.000 salmon lived here before one part was "harvested". The nets have a diameter of about 30 meters. Nevertheless, these thousands of salmon live in a super confined space, thus diseases and parasites such as sea lice and the piscine reovirus spread very quickly (source: Pacific Wild). As a result, native wild salmon are infected on their way from the ocean to the rivers, as well as juvenile salmon in the spring as they embark on their great journey from the rivers of their origin to the ocean. To counteract this, a lot of pesticides and antibiotics are used, but we are talking about open nets in an ocean with sometimes very strong currents...so the pesticides and antibiotics don't stay in the nets for long, but are carried directly into the ocean and massively attack the ecosystem. In addition, the fish are massively fed to be "harvested" as quickly as possible. But of course the feed also gets into the ocean quickly, partly directly because the salmon can't eat it that quickly, but also indirectly through their droppings. Either way, it does extreme damage because the nutrients cannot be utilized by the ocean as quickly. Similarly, salmon are fed herring. Herring are small fish that congregate here on the west coast of Canada in the springtime to settle on the shoreline. During this spectacle, commercial fishing companies catch thousands of tons (20,000 tons in 2019, 9,240 tons in 2020 (always 20% of the estimated stock)) of these herring to be processed into feed for fish farms (source: Pacific Wild), among other things. At the same time, wild salmon have less food available to them, as do the bears, wolves and birds that feed on the eggs after a hard winter. The end of the story is that already 4 of the 5 herring proulations are history  (source: Pacific Wild).

To make matters worse, on the west coast of Canada, in the Pacific Ocean, which is home to over 5 species of salmon, Atlantic salmon, that is, salmon from another ocean, are being farmed because they grow faster. Not only does this bring diseases from the Atlantic to the Pacific, but now these nets are not indestructible. Seagulls, sea lions and orcas are only a part of the animal species that would like to eat these salmon. Every now and then it happens that thousands of salmon escape into the ocean like in August 2017 when 300,000 salmon escaped near San Juan Islands (source: Seattle Times). One can't imagine what the consequences would be if these salmon swam up the rivers and spawned there.

The coastal first nations are fighting together against the Canadian and Norwegian companies to protect their land and the ecosystem that has sustained them for thousands of years. The biggest companies are: Marine Harvest Canada Internationally (Mowi), Cermaq and Grieg Seafood BC (source: commonsensecanadian.ca).

Nevertheless, salmon from these aquacultures are sold worldwide as a sustainable alternative to wild salmon. Besides the massive damage to countless ecosystems caused by the aquacultures, the meat is also of very poor quality compared to that of wild salmon. Due to the overfeeding and the little movement in the nets, the farmed salmon has three times the fat content and have a significantly higher pollutant load (source: Pacific Wild).

You can do something!

Which salmon can I then still eat at all? That is a very good question that I unfortunately can not answer. In my personal opinion, you should definitely completely avoid eating salmon, but also fish in general.

The supply of saturated fatty acids (omega 3), which is why many people eat fish, is absolutely possible without eating fish. This is because the omega 3 is not produced by the fish themselves, but is absorbed by the fish via algae.
We can also sublimate omega 3, either in the form of algae oil, which may sound a little crazy at first, but has super high omega 3, or in the form of linseed oil, which is probably more widely known, but has a little less omega 3 (still sufficient). 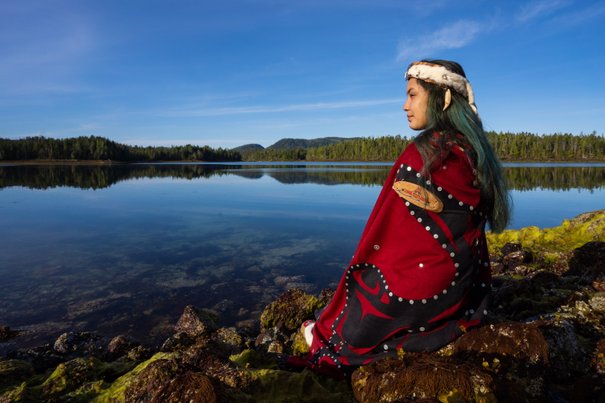 So you see, what happens to the ecosystems worldwide is in our hands. Each and every one of us can contribute through conscious consumption and a thoughtful lifestyle.

You want to do more but don't know how?

There are countless possibilities, on the one hand you can of course support a nature conservation organization with the help of donations. There are many different ones, my three favorites that I support regularly are SeaLegacy, Pacific Wild and WWF.

All three do fantastic work and try to make the world a little better every day.

In addition, you can of course take action yourself, such as going out on the streets with demonstrations to show politicians that you care about our ecosystems, and signing petitions. You can also talk about it with your family and friends and raise awareness.
Unfortunately, there are countless grievances in our society that are often deliberately created by industry to influence our consumption. Therefore, it is important to draw attention to these problems and to communicate them openly.

Another option is to volunteer with local environmental organizations to help promote conservation in your area. 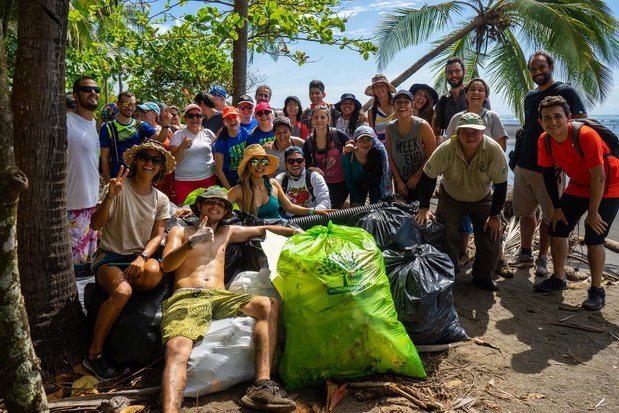 I hope I could help you with my tips and inspire you to change the world with small changes in your daily life.

You don't want to make these small changes in your daily life alone? Then share them with your family and friends.

If you would like to give me some feedback on this article, if you are interested in another topic that you would like me to write about, or if you have any criticism, please send me an email using the contact form left or at the bottom of the page.